Places To Visit In Clare

Cave of beauty, expert guides will accompany you on a 30-minute stroll through the beautiful caverns, over bridged chasms, under weird formations and alongside the thunderous waterfall. Marvel at the frozen waterfall and explore the hibernation chambers of long-extinct brown bears. Park up your car when you arrive at Aillwee Cave and let the road train take you around the complex. The road train is in operation from 12:00 noon until 6:00 p.m. Tours run every 15/20 minutes throughout the day. 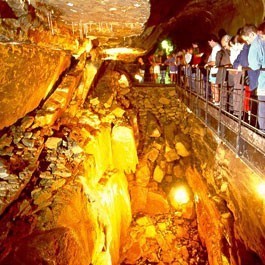 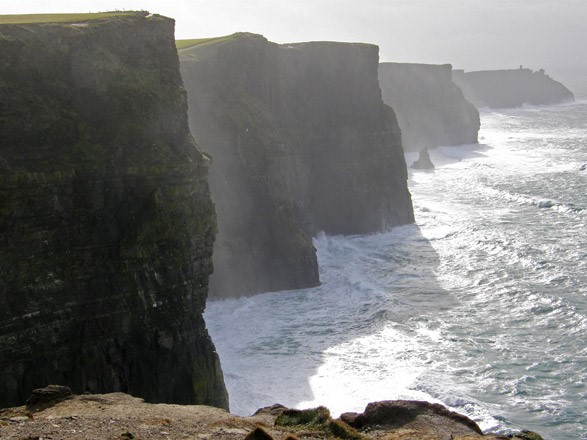 The Cliffs of Moher are Ireland’s most visited natural attraction. The Cliffs of Moher are 214m high at the highest point and range for 8 kilometres over the Atlantic Ocean on the western seaboard of County Clare. From the Cliffs of Moher one can see the Aran Islands Galway Bay as well as The Twelve Pins the Maum Turk Mountains in Connemara and Loop Head to the South. A unique experience is always encountered at the Cliffs including stunning views of the dramatic Atlantic coastline along 600m of pathways.

The Brian Boru Heritage Centre elaborates on the theme of Celtic Ireland. Dedicated to the 11th century’s high king of Ireland Brian Boru who was born in Killaloe this centre calls to mind the life of Brian the various sites & buildings in Killaloe. The Heritage Centre provides background information on Brian Boru, the greatest high King of Ireland, born a few miles outside the village of Killaloe. The friendly Shannon Heritage staff has an in-depth knowledge of things to see and do. 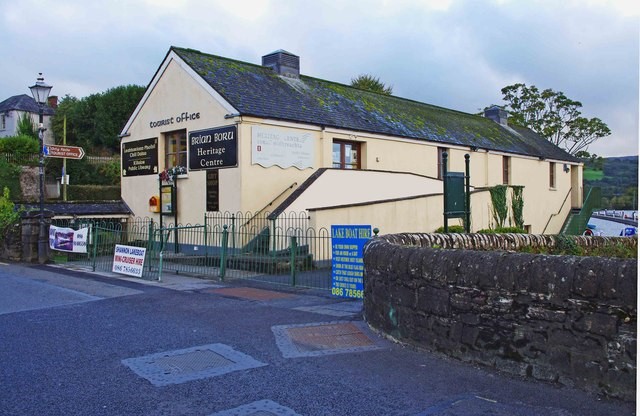 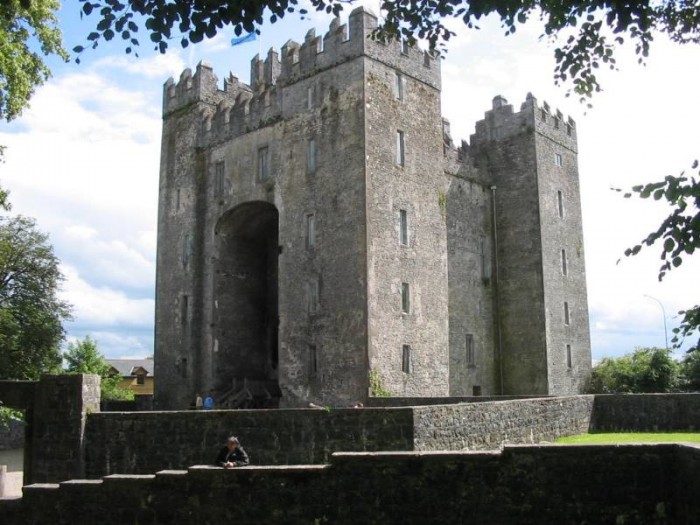 Bunratty Castle is the most complete and authentic medieval fortress in Ireland. Built in 1425 it was restored in 1954 to its former medieval splendour and now contains mainly 15th and 16th century furnishings tapestries and works of art which capture the mood of those times. Today the castle stands peacefully in delightful grounds. The houses and cottages of the folk park spread out at the foot of its massive walls much in the way that the cottages and crofts of old would have clustered around its base.

In the picturesque village of Kilfenora, The Burren Centre gives the visitor an introduction to the visual delights and ancient mysteries which await to be discovered in this unspoiled corner of Ireland. This walk through time will take you back through the aeons to a time when this area lay beneath a warm tropical sea. Follow the story of the formation of the Burren’s lunar landscape where man hunted bear, and wolves roamed the forests. See how, thousands of years ago, man left his mark on the landscape in the form of Dolmens and burial chambers. 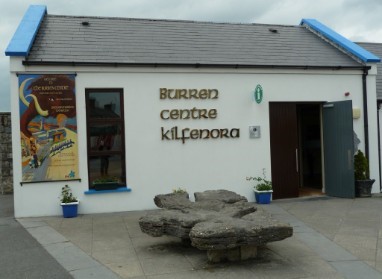 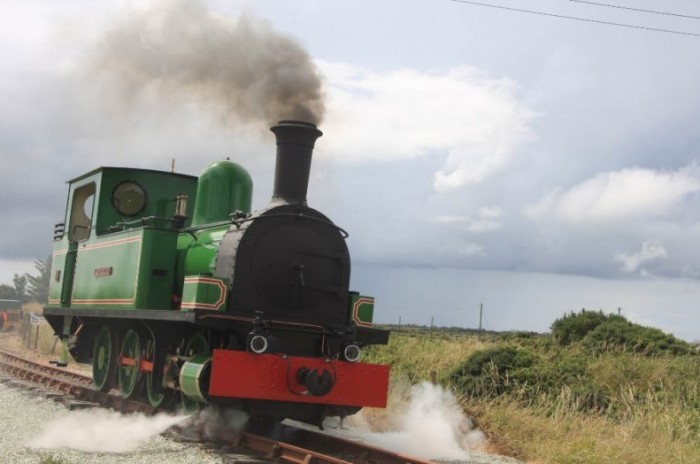 The importance, magnitude and impact of the birth of the West Clare Railway on the local transport system of County Clare is beyond measurement. The story has been well documented over the years, in book and in song and can now be seen in person. A museum has been recently added to the attraction. It houses 5 working diesel engines, 2 carriages altered to provide reception and refreshment facilities together with informational technology, and an engine shed with pit.

The enchanting Loophead Lighthouse is located at the tip of the Loop Head Peninsula which is the furthest point west on the Clare coastline. The wild and rugged Atlantic coastline, contrasting sharply with the sheltered Shannon Estuary truly sets a breath-taking backdrop to this lighthouse. This tower style lighthouse was constructed in 1854 and was operated and maintained by a keeper who lived within the lighthouse compound. 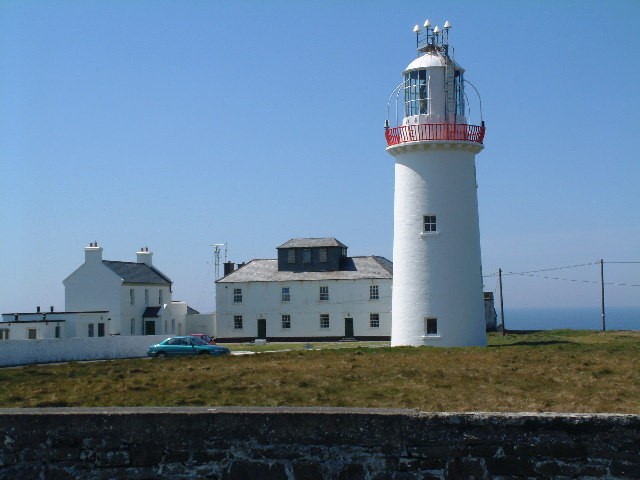 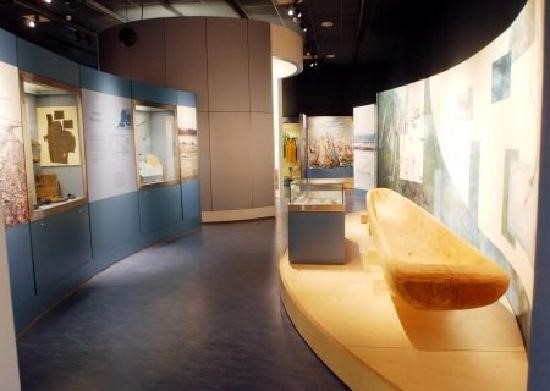 Clare Museum, Ennis, is located in a beautifully restored former convent built by the Sisters of Mercy congregation in 1861. The museum exhibition “The Riches of Clare: its people, place and treasures,” occupies two galleries and incorporates the traditional method of displaying original artifacts from the county with modern interpretive tools such as colourful display panels, audio visual and computer interactive presentations, models, some replicas and commissioned art pieces.

Beautifully constructed old stone walls contain this sheltered walled garden once the garden of Kilrush House home to the Vandeleur landlords. Set among 420 acres of native woodland this forgotten garden hadn’t been cultivated for many years until restoration work began in 1997. Replanting the borders that line the wall began in Spring 2000. It has now been redesigned for the 21st century around the old path system and specializes in many unusual and tender plants that thrive in the area’s uniquely western latitude microclimate. 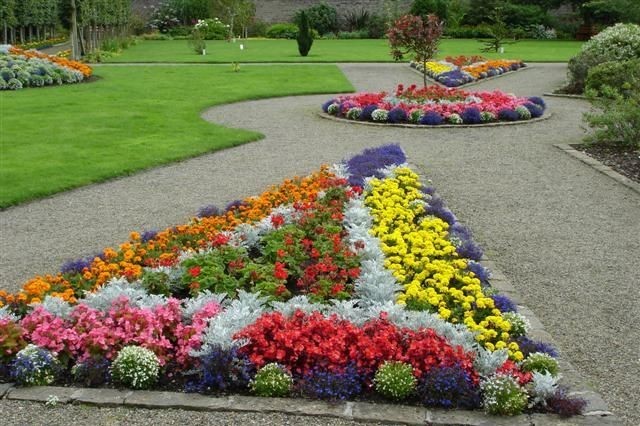 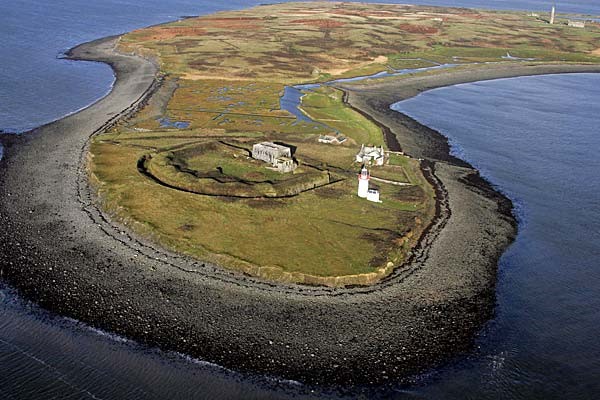 Scattery Island lying at the mouth of the River Shannon near Kilrush in south west Clare has a rich and unusual history. It has been an ecclesiastical centre since early times a monastery reputedly founded there by St Senan in the sixth century suffered under the Vikings in the ninth and tenth centuries and was largely destroyed in Tudor times. Scattery has also served as a place of safe harbour for the Spanish Armada and as a defence outpost for the English government. The island has been uninhabited since 1978.

Preference cookies are used to keep track of your preferences, e.g. the language you have chosen for the website. Disabling these cookies means that your preferences won't be remembered on your next visit.

We use analytical cookies to help us understand the process that users go through from visiting our website to booking with us. This helps us make informed business decisions and offer the best possible prices.